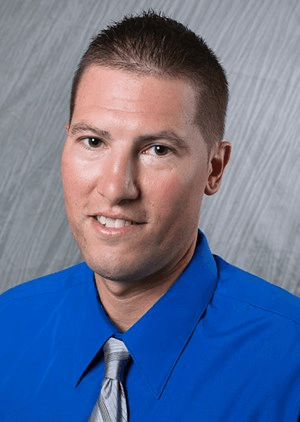 In a move to support the District's commitment to building championship athletic programs with athletes of class and character, Adrian Public Schools has hired Toby Ernst to fill the role of Strength and Conditioning Coordinator.  Ernst will be part of the Maple Staff and will be present during the school day, as well as after school to support Maple Coaches and Athletes.

The Strength and Conditioning Coordinator will work with all of the District’s 26 Athletic programs, as well as the Youth Community Recreation Director to provide individualized, sport-specific programs for all student athletes and provide support to Physical Education classes during the school day.

Athletic Director Chad O’Brien commented, “Our membership in the Southeastern Conference means we have to compete with schools that are making use of on-site strength and conditioning professionals.  We are committed to giving our student athletes every opportunity to compete for championships in one of the premier conferences in the state.”

This position is a result of a recommendation from O’Brien and the Athletic Advisory Committee which is implementing and monitoring the District’s “Game Plan”.   The Athletic Game Plan was created several years ago through an intentional process that included an in-depth review of the department's current status by a cross-section of stakeholders.  This team then created measurable action steps to be implemented over five years to provide APS students the opportunity to be involved in top-notch athletic programs.  Superintendent Nate Parker stated,  “Research shows the positive impact that participation in extracurricular activities has on a student's academic achievement and post-secondary success.  Increasing the number of students involved in the arts, athletics, and other extracurricular activities will pay huge dividends academically as we see more engaged and motivated students in our classrooms.”

Ernst's background and credentials make him uniquely qualified for this position. He is an Adrian High School Alumni, Class of 1998, and has held multiple coaching positions within the District.  For the last ten years, he has worked as Adrian College’s Head Strength Coach and holds a Bachelor of Arts degree in Health, Physical Education, and Recreation.  As he will at APS, Ernst worked with athletes in all of Adrian College’s highly successful athletic programs.  He holds an SSC certification from The International Sports Science Association and is the owner/CEO of NXT LVL Sports Performance Training.

O’Brien stated further regarding Ernst’s abilities and credentials, “Toby is a premier strength expert that will bring an energy and excitement to our department.  On top of his abilities in the weight room, he is a person of outstanding character that we want our athletes to see as a mentor.”  Ernst stated, “I am excited to join the Maple Athletic Department full time and work with all of our athletes to help them reach their goals and potential.”

In addition to the Strength and Conditioning Coordinator,  the District has added Mental Health Professionals at each of its buildings and is currently interviewing for a Fine Arts Coordinator, all positions intended to increase student engagement and ultimately academic success.