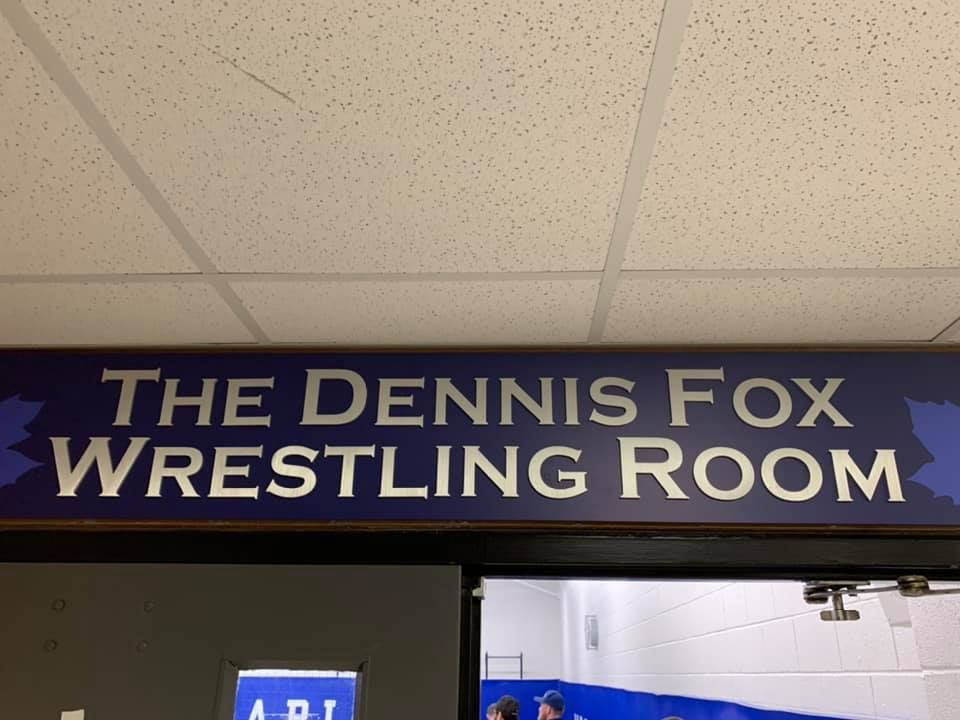 Former AHS Wrestling Coach Dennis Fox will have the AHS wrestling room named in his honor. Mr. Fox coached for 22 years beginning in 1986 and was a teacher at AHS for 24 years. He received many accolades during his career including several times named regional coach of the year. Current wrestling coach Nick Conklin organized a fund drive last November which garnered a little more than $20,000 to renovate the wrestling facility and allowing it to be named for Coach Fox. The renovations will take place this spring and a ribbon cutting will be held later this year. If you are a former wrestler and would like to be kept up to date on the activities, please go to www.adriansef.com and update your personal information so that you can receive emails.